Despite the recent fall of Bitcoin, experts have not yet abandoned their bullish sentiment. In fact, it seems that current events have only served to reinforce this perception.

While it is true that bitcoin experienced a sharp drop, breaking essential supports for swing and day traders, in a long term vision it is possible that this is only an exception or even a shadow in long-term candles, which could serve to provide further stability to trends.

One of the analysts who doesn’t give up on his bullish point of view is Tom Lee. In a recent tweet, he explained that the bullish sentiment in the bitcoin markets has strengthened despite comments by Donald Trump and Steve Mnuchin. 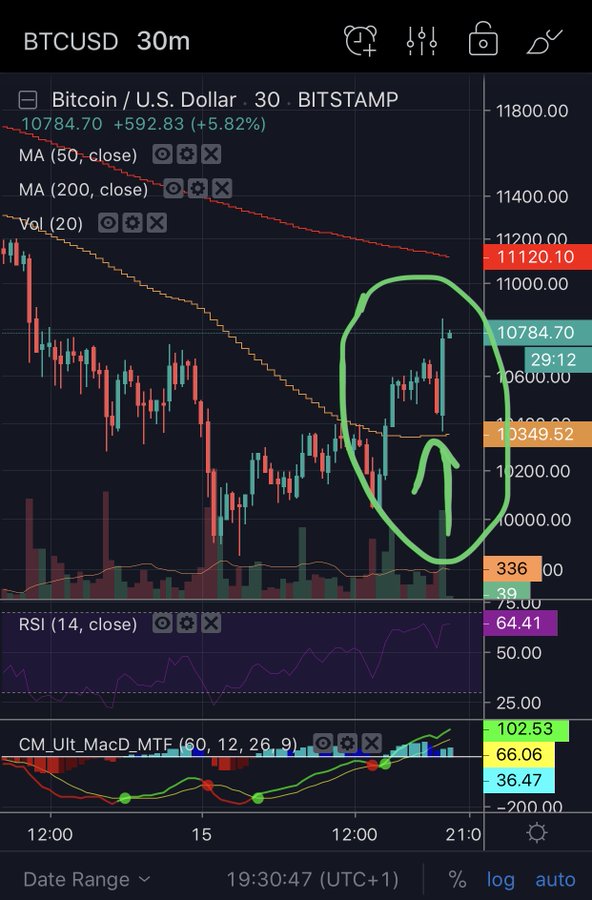 Bitcoin seems comfortable with statements made by #Mnuchin regarding Crypto and KYC/AML.

– White House wants fair ground rules but does not seem intent on further action at this time.

Lee bases his reasons on the fact that the White House gave Bitcoin some notoriety even though it showed no interest in taking immediate action that could really damage trading. Mr. Lee also explains that the recent pullback served to control a bit the overhype of some traders, demonstrating that the rise is a product of the natural behavior of the market – which is more important and stable than a trend driven by FOMO.

Travis Kling: It is “Wildly Bullish” That Governments Make a Difference Between Bitcoin and Libra

Another expert who shares Mr. Lee’s opinion is Ikigai Fund’s CIO Travis Kling. The well-known financial analyst considers as very positive the fact that the Fed and the Treasury Department recognize Bitcoin as a store of value.

As institutions begin to talk about Bitcoin, public interest in these technologies is likely to increase, which may stimulate trading.

Kling also considers as “wildly bullish” that these institutions — and President Trump himself — recognized the importance of Bitcoin and its differences against Libra; a controversial project endorsed by Facebook that, although using blockchain technology, has caused a lot of discussion about its nature; being labeled under categories that range from a cryptocurrency to an ETF or even digital fiat money.

The Chairman of the Fed and the Treasury Security both agree that Bitcoin is a speculative store of value.

Both of them, along with the President, agree that Libra and Bitcoin are two very different things.

221 people are talking about this