BitMEX, a bitcoin derivatives exchange, has surpassed $1 trillion in annual trading volume, according to a tweet by founder Arthur Hayes.

It comes as bitcoin futures trading volumes explode to record highs on the Chicago Mercantile Exchange (CME) platform. Demand for bitcoin derivatives, which allow users to open up long and short positions on bitcoin’s price movement, is booming. 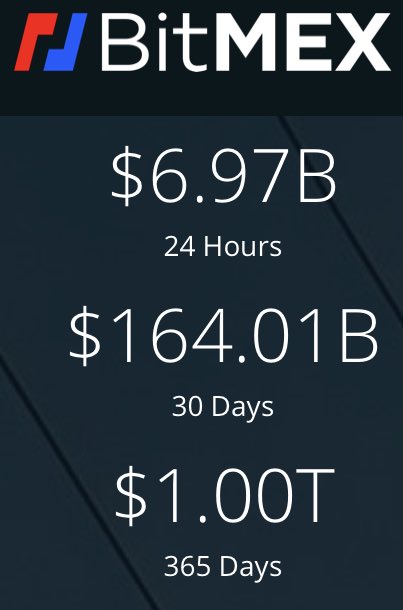 One Trillion Dollars traded in a year; the stats don’t lie. BitMEX ain’t nothing to fucking with. ⁦@Nouriel⁩ I’ll see you on Wednesday.

BitMEX is popular for its high-leverage margin trading. Users can execute 100x leveraged trades on bitcoin futures and perpetual swaps

On June 26th, the exchange boasted a record day as the bitcoin price shot to almost $14,000. Open interest for perpetual swaps hit $1 billion while total volumes hit $16 billion across the board.

Cumulatively, the exchange has now seen more than $1 trillion traded in the last year. It’s a stunning feat, considering bitcoin languished at bear-market lows for most of the 365 trading days.

The CME bitcoin futures platform, which launched in late 2017, has also seen record interest. The exchange traded a record notional value of $1.7 billion on Wednesday last week on the day bitcoin hit a 2019 high. 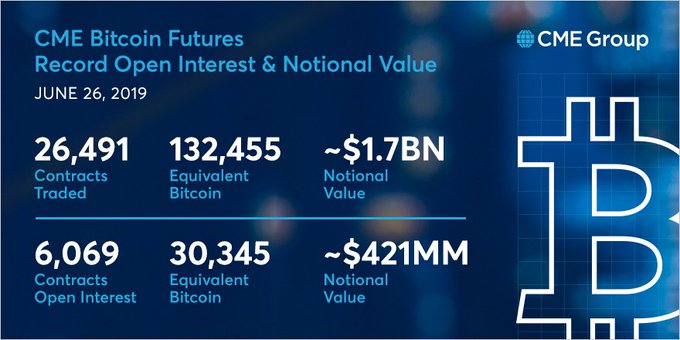 CME Bitcoin futures reached a record $1.7B in notional value traded on June 26, surpassing the previous record by more than 30%. The surge in volume also set a new open interest record of 6,069 contracts as institutional interest continues to build. $BTC http://spr.ly/6013EsXm7

Both CME and BitMEX offer a platform for traders to short, or bet against, the bitcoin price. As bitcoin soars more than 300% off its yearly lows, traders are using these platforms to place bets on the rally running out of steam. As the Wall Street Journal points out, however, shorting bitcoin is also a hedging strategy for bigger players.

“Such data don’t necessarily mean hedge funds are placing outright bets that bitcoin will drop. The short bets could also be part of hedging strategies: for instance, a fund with a portfolio of bitcoins might go short at CME as insurance against the value of bitcoin dropping.”

How can one believe ANY of these figures when 95 percent of all bitcoin transactions on a typical exchange are fake? Fake-coins, shit-coins, fake-transactions, fake-pricing. The only true thing in crypto space is manipulation, pump n dump, front-running, wash trading, etc… https://twitter.com/BitMEXResearch/status/1143905016606056448 … 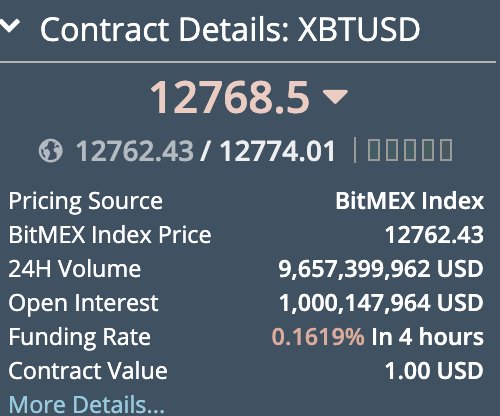 317 people are talking about this

What Roubini doesn’t realize is that BitMEX volume wasn’t even considered by the Bitwise report, nor is it listed in CoinMarketCap’s “reported volume” because it’s a derivatives platform.

The pair will go head to head at the 2019 Asia Blockchain Summit on Wednesday. In a deleted tweet, Hayes said he would “wipe the floor with that chump.”